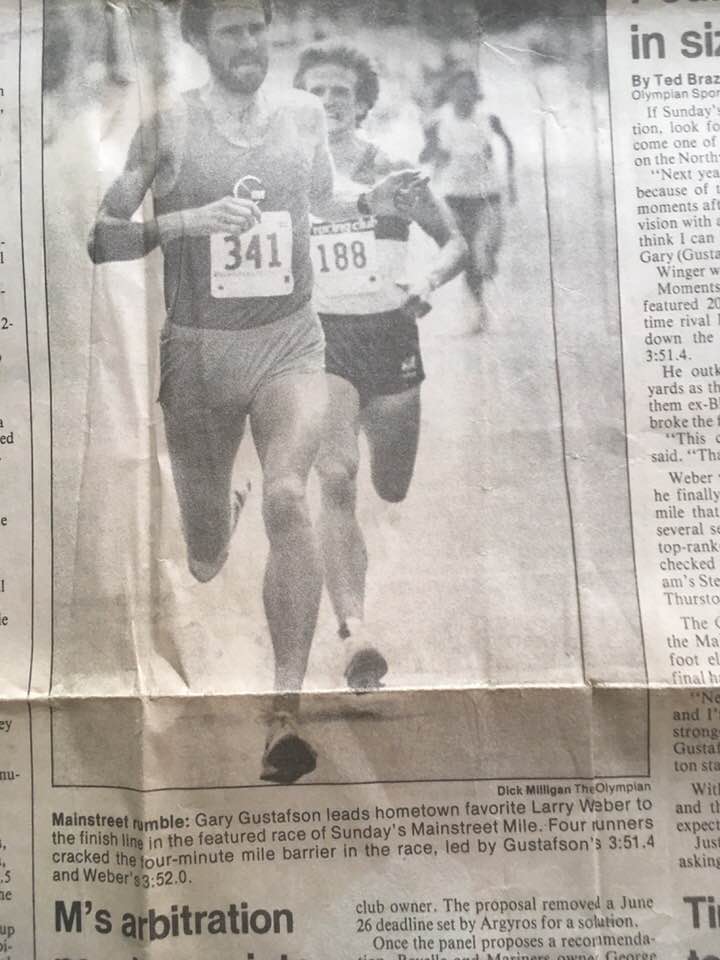 The Main Street mile was one of the most popular races in Thurston County History back in the 1980s. The certified mile course was also the site of the USA National Masters Road Mile Championships. The course was super fast. The course was held on Capital Way, the main street that runs through downtown Olympia, Washington.

Road miles were bigger in those days. They attracted many people including an elite group of milers. Multiple heats of the mile were held all day long by age group at the Main Street Mile. The last event of the day was the invitational mile with the fastest runners competing in the final heat of the day. The runners in the other mile heats stayed and watched the elite race at the end of the day. It was special to have people cheering for you as you ran down the street.

I found the old picture (above in the caption photo) of Gary Gustafson and me running the Main Street Mile in 1985. Both Gary and I ran against each other at the USA Track and Field Championships in the 1500 meters earlier in our career at the national track and field championships in Indianapolis, Indiana.

Gary was a finalist in the 1500 meters at the USA Track and Field Championships. He ran a good track mile of 3:58 prior to the Main Street Mile at the John Landy/Roger Bannister 25th Anniversary race a couple of seasons before. I ran 4:00.1 in the mile that same day.

Gary and I both normally ran 1500 meter races (called the metric mile for you non-runners). Running the full mile was a rare occurrence for both of us. I think the rare opportunity to run a mile combined with a great competitive environment helped motivate us to really battle that day.

In the main street mile race, I took the lead with 100 meters to go after running side by side with Gary the whole way. Gary passed me with about 30 meters to go in the race. I tried to respond but the fast pace took the sting out of my kick. Gary was just better than me that day. Gary ran 3:51.4 and I ran 3:52.0 for the full mile that day. The times that year ended up being number one and number two on the all-time Main Street Mile list. I was happy with my time but disappointed with my tactics in the race.

The Main Street Mile race fired me up to train even harder for the original Ultimate Runner that took place about three months later.

I ran my best road 10k in Phoenix a few months before the Main Street Mile at the Phoenix Koy classic 10k run in a race loaded with great 10k runners. I ran a 29:34 certified road 10k. This was not a bad time for a middle-distance guy. I was getting strong and now fast with a good time at the Main Street Mile. I had totally changed my training in the past year and it was beginning to pay off.

The memory of "almost winning" the Main Street Mile race and my good 10k race, fueled my fire and desire to run well in upcoming races. Finishing second in the Main Street Mile race turned out to be a good thing for me in the long term. In fact, the loss helped motivate me to try and win the Original Ultimate Runner Competition three months later against some of the best runners in the world at various distances.

As I look back on those days, the verse that says all things work together for our good comes to mind. I learned from my training and pacing mistakes and applied what I learned to win the biggest race of my life shortly after finishing second in the Main Street Mile race. The loss but good time at the Main Street Mile motivated me like never before to race even better next time.

The full story about the Original Ultimate Runner Competition is in the link below if you are interested in learning more about the event: 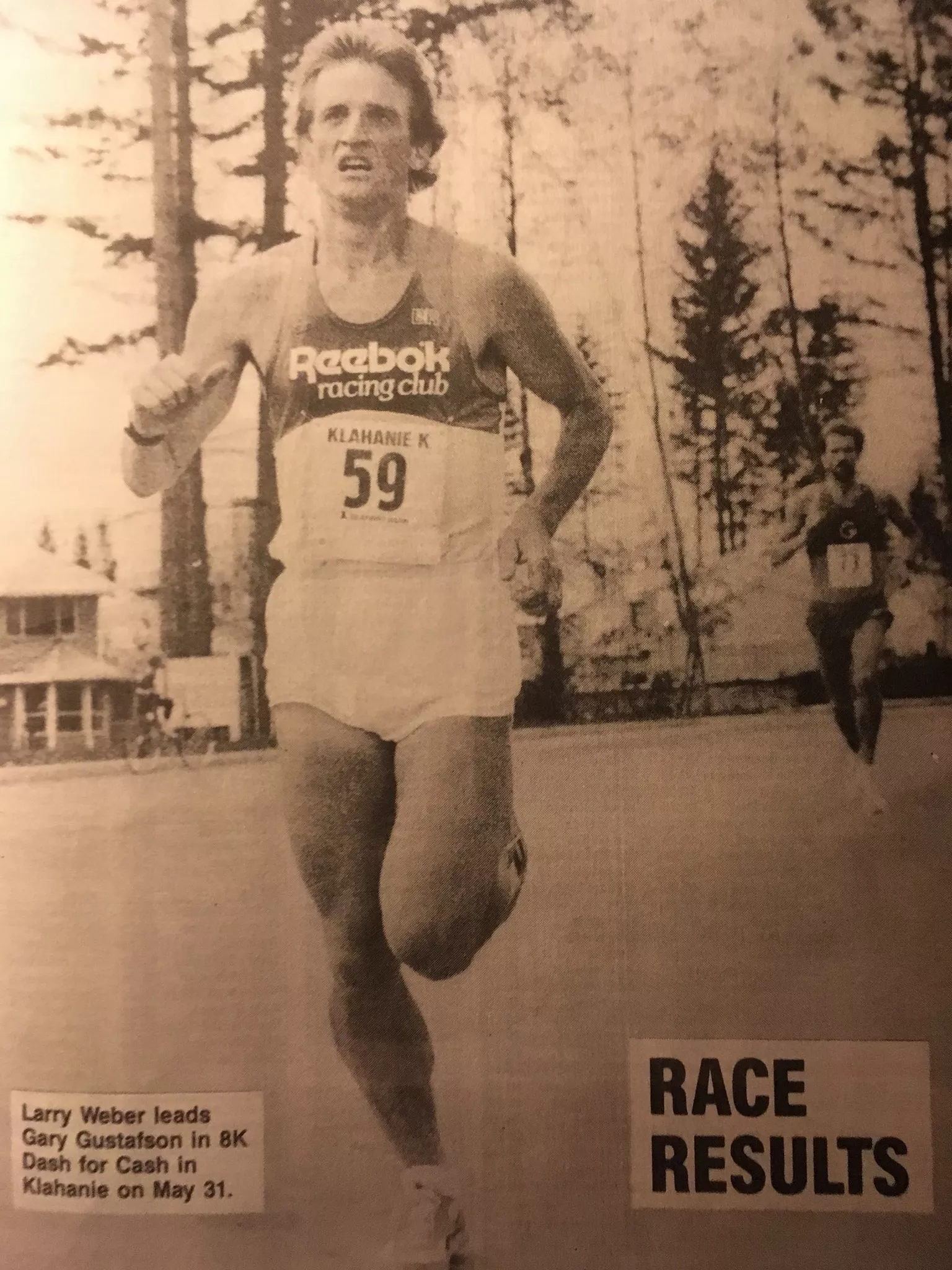 In one of the last races before we retired, Gary and I reversed places. My kick was on that day and I won the race. We went 1-2 again in the twilight of our careers.