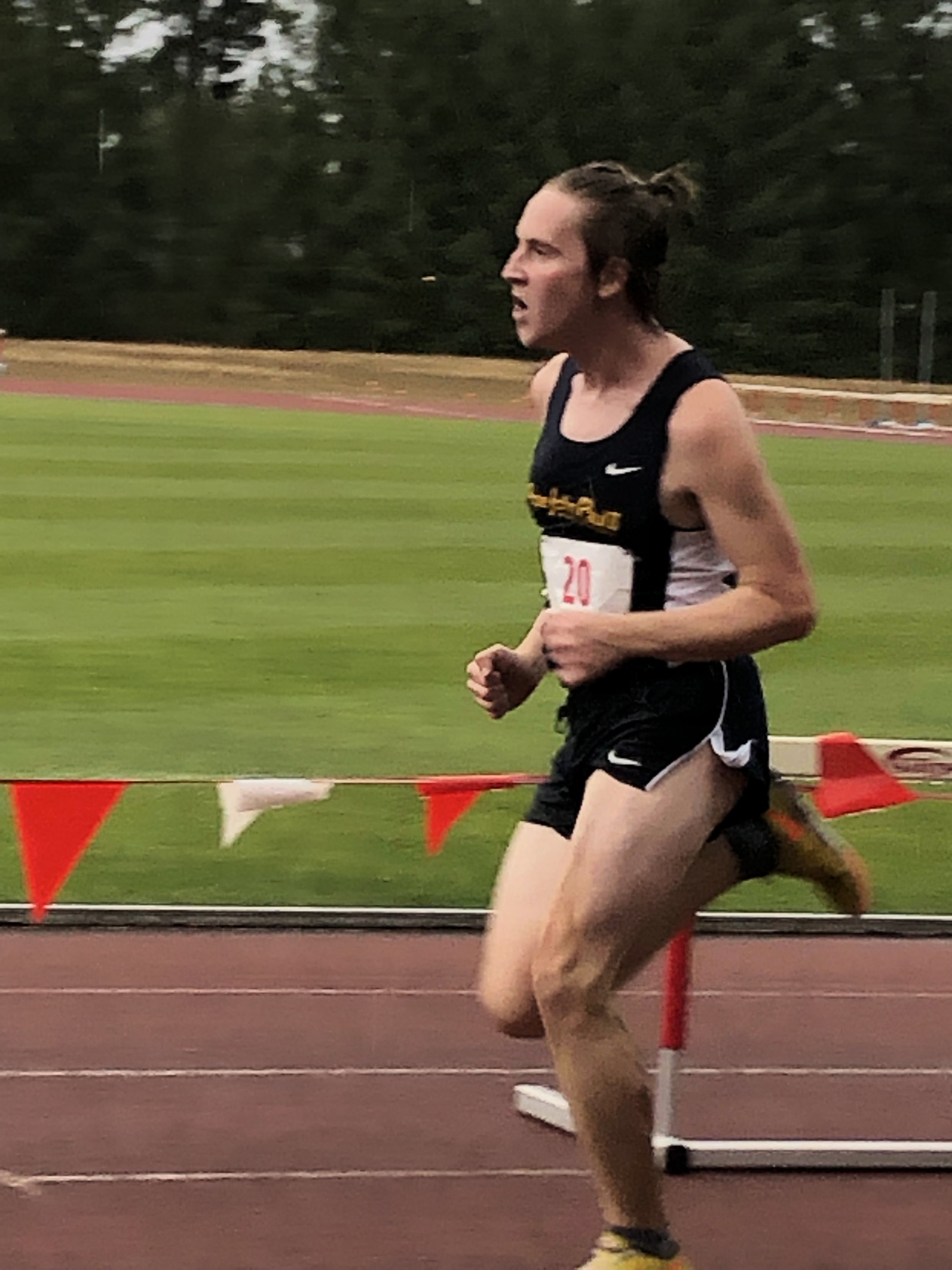 The great American Running legend Steve Prefontaine once said “My philosophy is that I am an artist. I perform an art, not with a paintbrush or a camera. I perform a bodily movement. Instead of exhibiting my art in a museum or a book or on canvas, I exhibit my art in front of the multitudes”. Prefontaine had a flair and style that was uniquely his own.

Prefontaine used his God-given gifts and unique style by leaving everything he had on the canvas of the track. He painted each race with incredible grit, mental strength, and his ability to push himself was off the charts. There was nothing left at the finish line when Prefontaine finished a race.

Prefontaine squeezed out every ounce of his ability level on the track. He was a free spirit who could not be contained by convention or follow the status quo racing strategies of his day. Prefontaine created his own unique masterpiece when he ran, running with complete abandonment and a no-fear attitude. He once said, "To give anything less than your best is to sacrifice the gift".  He was all in.

If you don't know who Steve Prefontaine is, google him some time.

All give some, some give all

In life, you meet rare individuals who shatter your personal expectations of what’s possible, do more than you expect, leave it all on the track with the ability they’ve been given, and who paint their life story with their own unique brush leaving a signature and style that is unarguably their own.

These rare people give everything they have with the ability they’ve been given just like Prefontaine. Their times may not be as fast, but like Prefontaine, their effort is off the charts. They leave nothing at the finish line of their goals.

Mark Davis is the most improved runner I’ve ever coached

When I met Mark Davis in his sophomore year, I knew I had just met someone who had a style and flair all his own who broke the mold. Mark is a multi-talented guy who paints his life story with his own unique brush and an iron will when he races. This young man fits into the category of giving it all and leaving nothing at the finish line on the racecourse.

Mark is the most improved high school runner I’ve ever coached based on where he started. Mark transformed himself from more of a sedentary person to an amazing student-athlete. Mark personifies the example of what great consistency and hard work can achieve in life.

Mark started out running 28 minutes in his first 5k race sophomore year. By his senior season, Mark had made the varsity on a team that placed second in the state championships as the number seven runner on the team at state.  Mark ran number six or seven on the team consistently all year.

Mark got down to the high  17’s in the 5K with hard work, consistency in practices, and the ability to push himself to the edge of his potential. You would have had to see his transformation to fully appreciate this young mans’ determination, grit, and fortitude.

To take 11 minutes off of his 5k time is an incredible accomplishment. To cap off his senior season, Mark was named first-team all Sea-Tac League in cross-country. He was part of the team that won the Sea-Tac League and District cross-country championships as well. His JPII team also won a team academic award from the WIAA and was selected as the best sportsmanship team by the coaches of the Sea-Tac League.

My only regret in coaching Mark is that I cannot serve as his any coach longer. I know he can improve even further. I can see the fire in his eyes.  He was ready to make another major breakthrough his senior track season before the season was canceled.

What’s next for Mark

As mentioned above Mark is a multi-talented guy with many options. He is a singer, actor, plays in the Jazz band, serves as a team ministry leader, is an independent thinker, and a person who has a heart for others. He served as a volunteer in the Olympia Soup Kitchen and has the distinction of playing every  boy's sport at JPII at least once.

One thing is for certain, whatever Mark decides to do next in life, he will be all in. His great heart, strength, dedication, and relationship with the Lord will carry him to new heights, just you watch.

Mark, it’s been a sincere honor to serve as your cross-country and track coach. I have known few athletes in my life who left it all on the track as you did during our time together. To say I am proud of your effort is an understatement. I will use your example of hard work, dedication, improvement, and transformation for years to come with the new athletes I coach.

Thanks, Mark, for leaving nothing at the finish line of your goals while you were with us.  Now, go out and paint a new chapter of life using that iron will of yours to change lives for the better. You have what it takes to create an incredible life masterpiece, paint your life story well with that unique flair and style that has touched all of our lives at JPII. 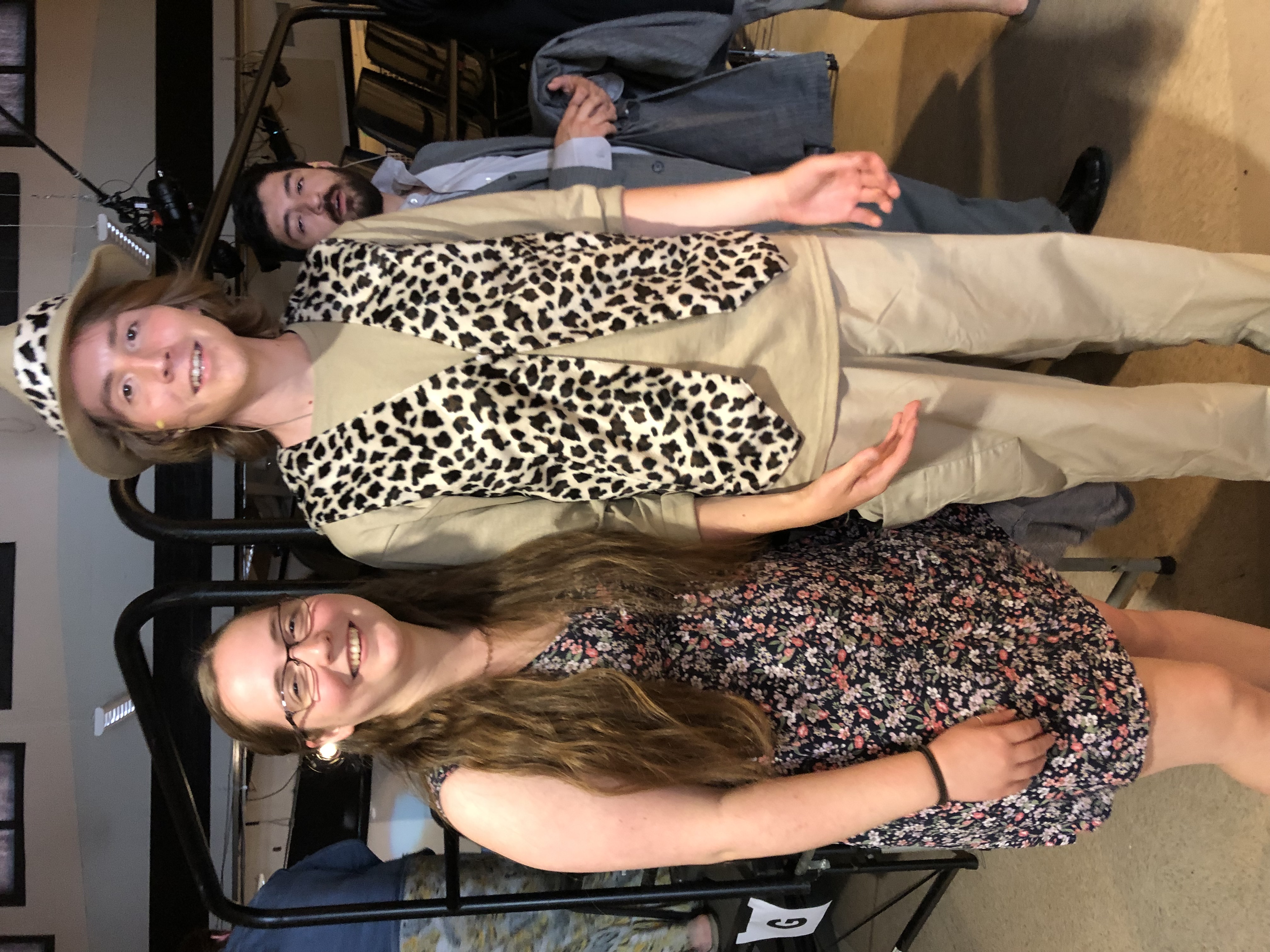 Mark is pictured with his sister at this event. Mark wears many hats as they say as an actor, musician, singer, and distance runner. He is talented in many areas of life and works hard at everything he does. 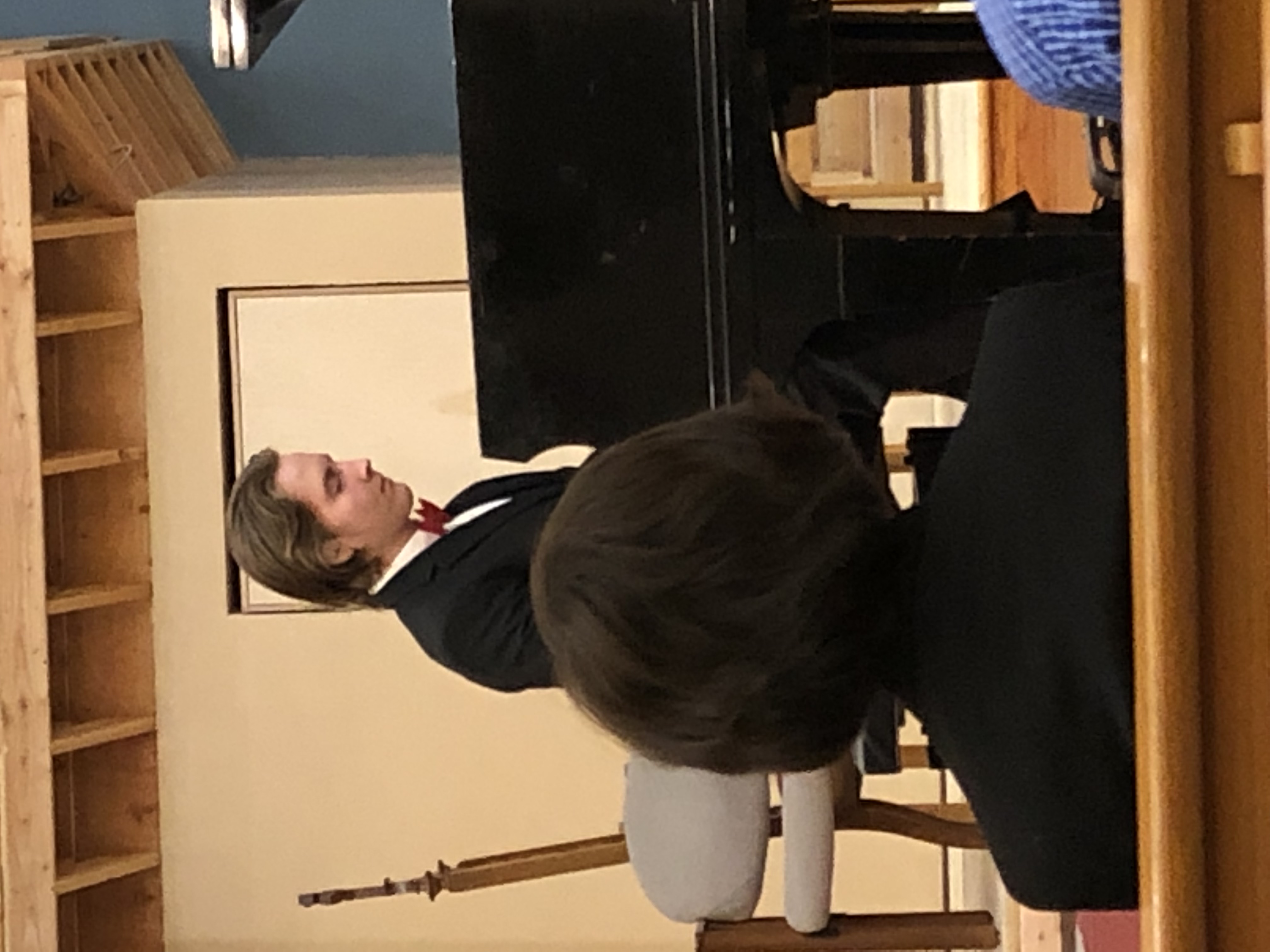 Mark playing the piano at a high school performance 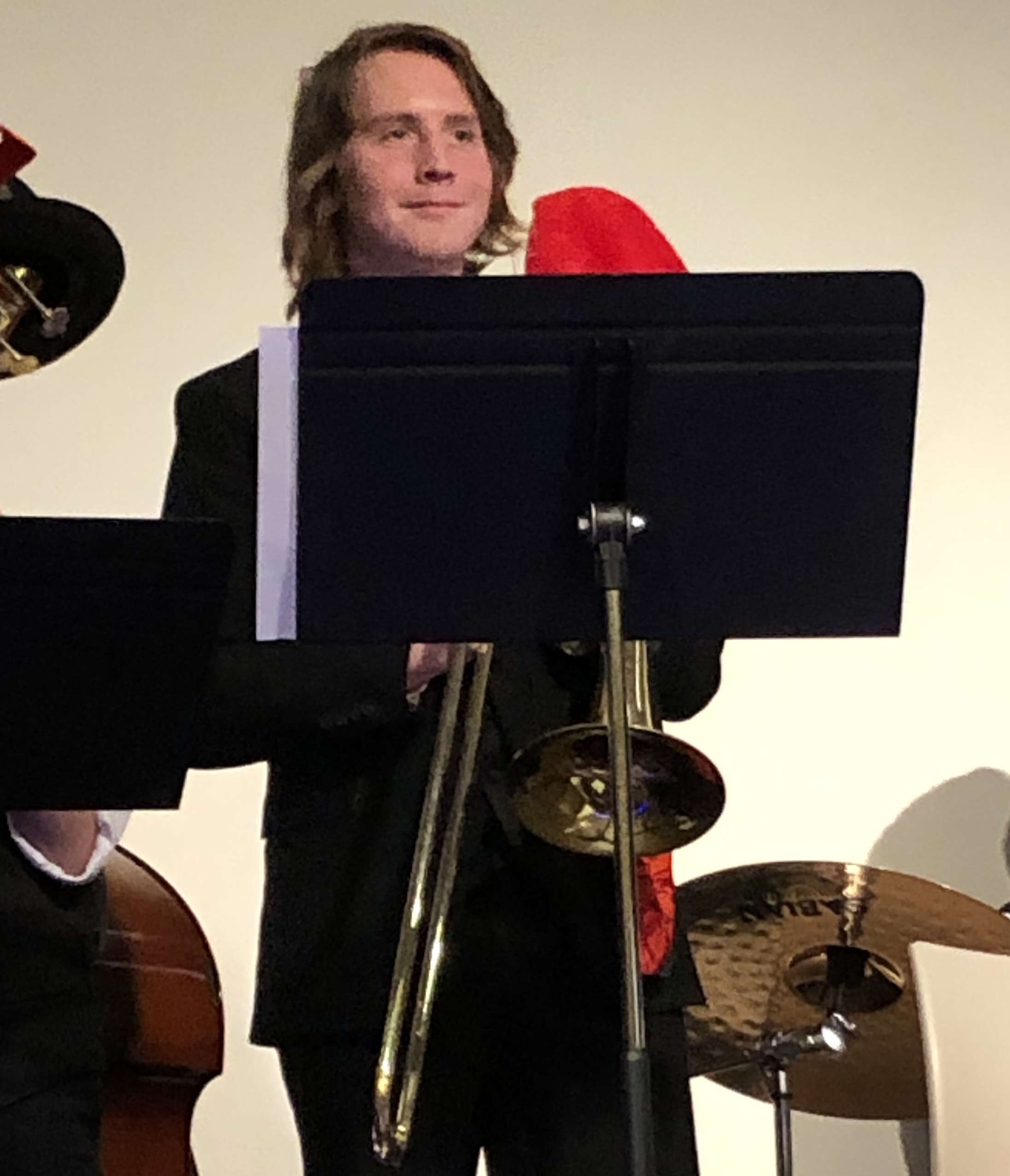 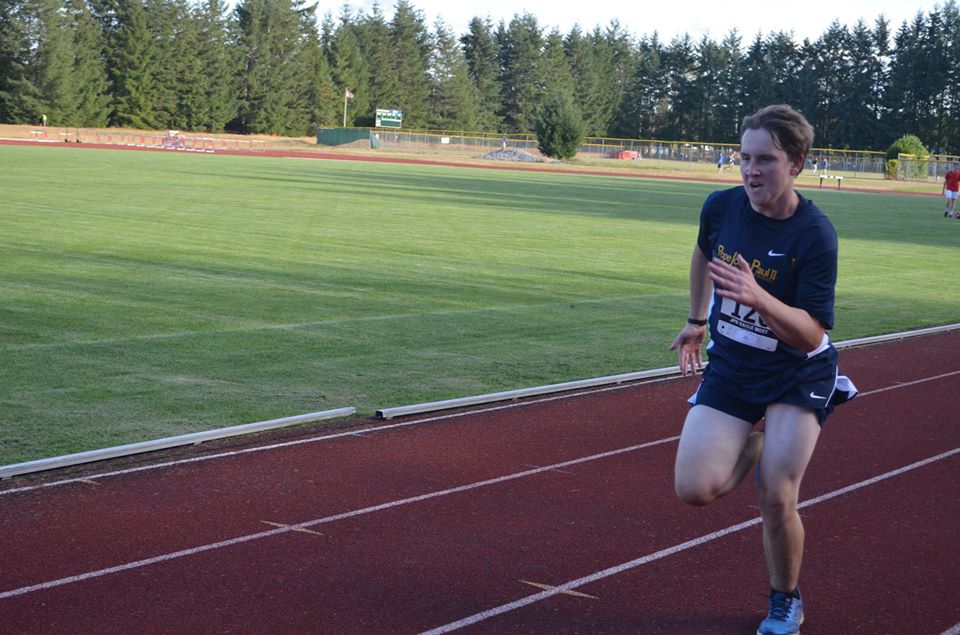 One of Mark's first-ever races