Kobe Deutscher, 2019 Runner of the Year 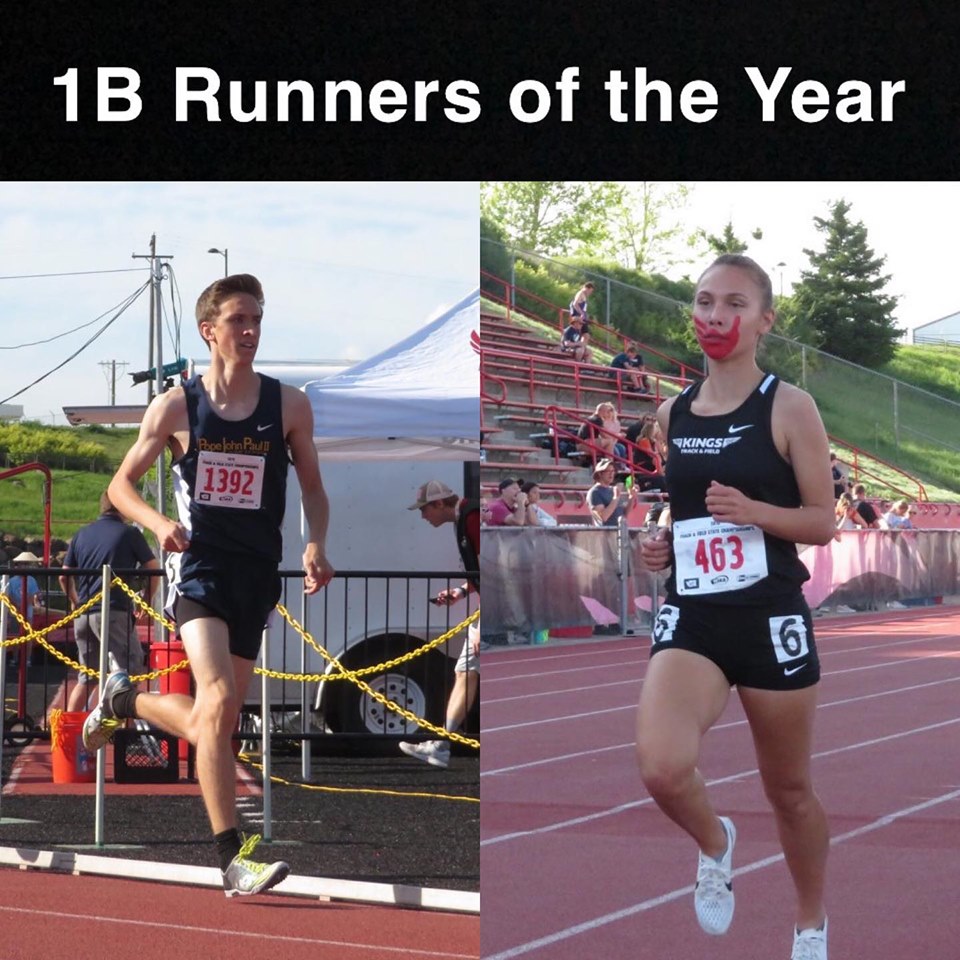 Sophomore Kobe Deutscher is pictured with senior Rosalie Fish in the picture above. Rosalie won the 1600 meters, 800 meters, 3200 meters and finished second in the 400 meters at the Washington State track and field championships. Rosalie’s story has been publicized nationally because of her running ability and ground-breaking work on Native American Human Rights issues.

Kobe won the 1600 meters, 800 meters, and placed second in state  at 3200 meters in 2019 at the Washington State Track and Field Championships. Both were named  Washington State runners of the year in their classification by "The Runner".

Kobe Deutscher was just recently named Washington State Runner of the year in the small school classification by “The Runner” as well. The Runner covers high school track all around the State of Washington.

Kobe Deutscher is a young man whose meteoric rise to the top of the running ranks is nothing short of awe inspiring. This young man has as much determination as any student-athlete I’ve ever coached, yet he has a laid-back personality that allows him to stay calm in the midst of the storm.

Kobe was a man on a mission at the state track and field meet this spring. He became the first student-athlete to ever win a state championship in any sport. Pope John Paul II High School is just ten years old.

Kobe has a bright future ahead of him. He is an outstanding student-athlete who works hard at everything he does, yet he has a lot of fun along the journey as well. This young man will go far in life.

What I most appreciate about Kobe is his genuine concern for others, his commitment to his teammates, and his faith. God has truly blessed this young man with many gifts. Kobe is working hard to reach his God given potential in many areas of life.

Kobe has aspirations to run at the next level in college someday. He certainly has the ability to continue to improve and to break new barriers as each year passes.

Congratulations Kobe on your selection as IB Washington State Runner of the Year! 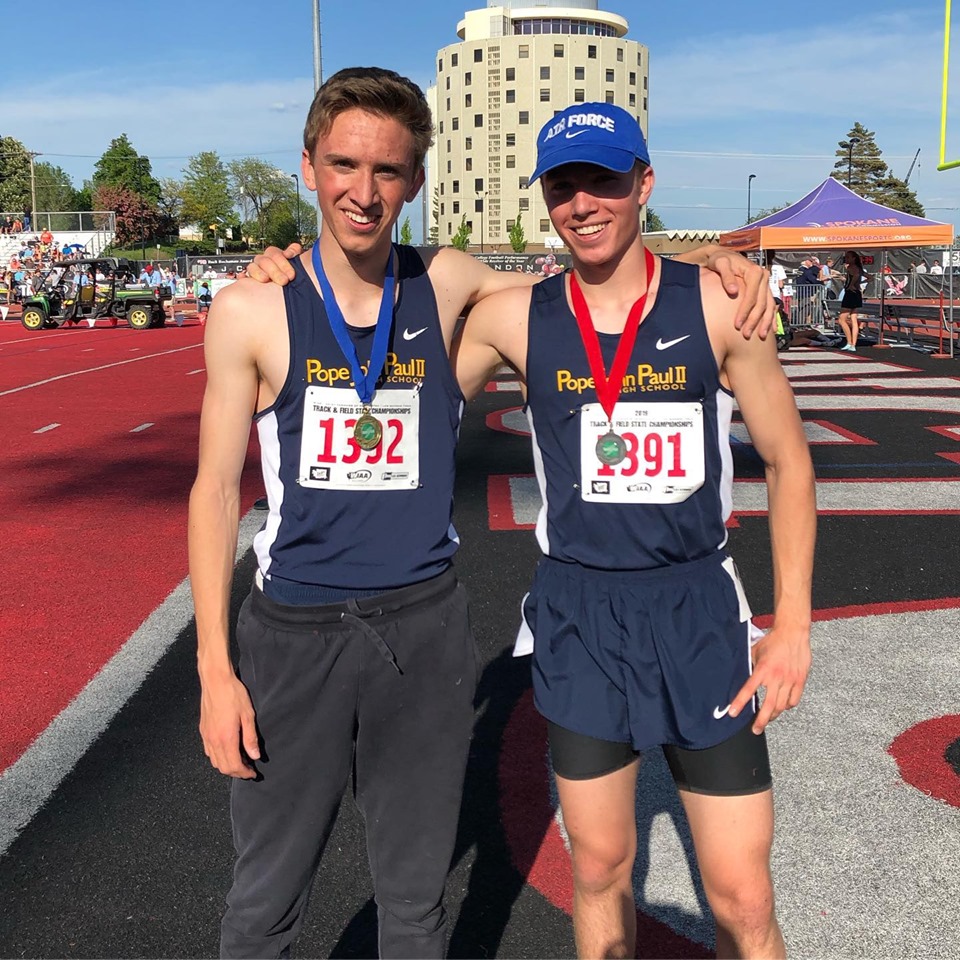 Kobe is pictured with his brother Caden who won the state 3200 meter championship. 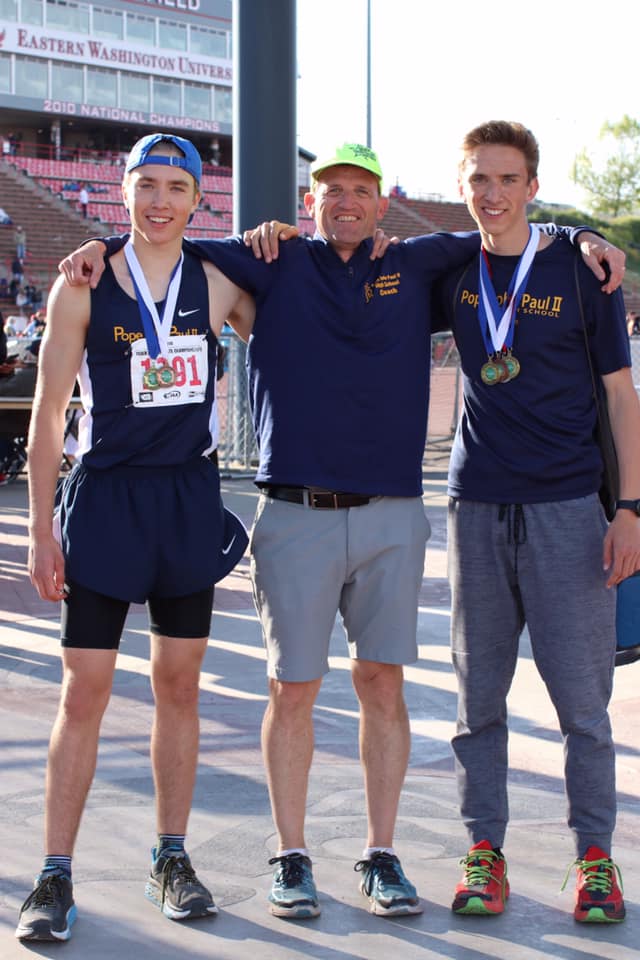 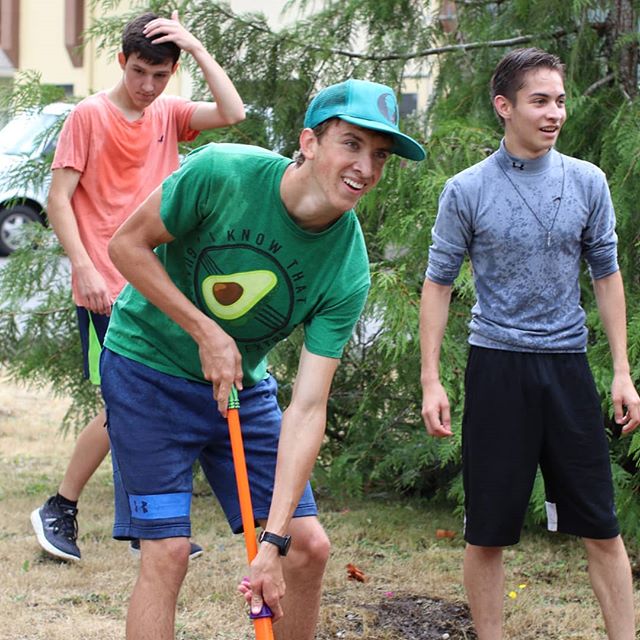 Kobe in a water fight with his teammates!