My Case For Faith 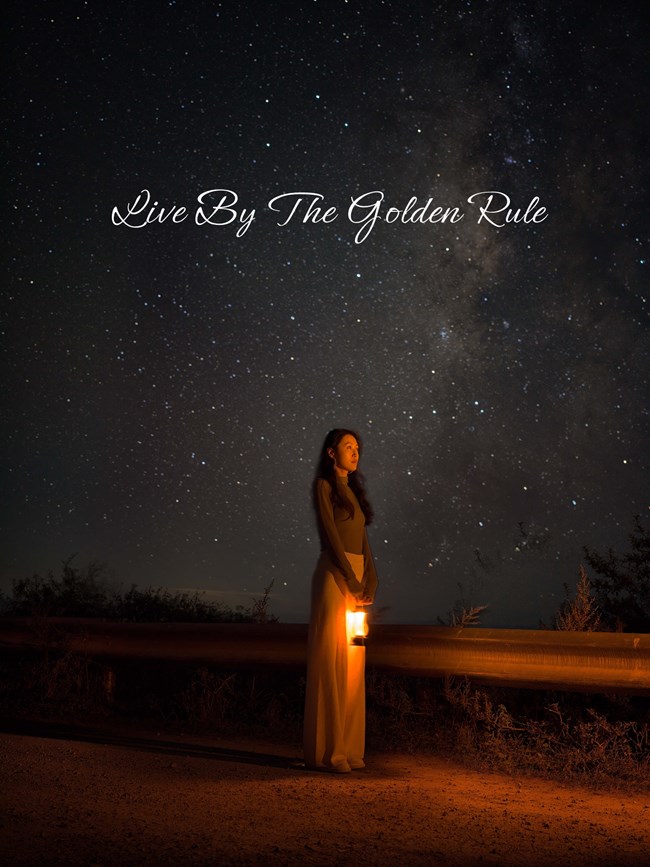 I wrote this article for my Scientific, Technology, Mathematical, Academic, and Physician Agnostic and Atheist Friends a few years ago. My research and explanation focus on probability, statistics, and eyewitness accounts.

I've found that when explaining the existence of God to my atheist or agnostic friends, it is helpful to take the time to share detailed analyses about the presence of God in language that makes more sense to them. And, so it is crystal clear, I love my agnostic and atheist friends even though we have different worldviews.

Everyone has a worldview, whether they are public about it or not. My Christian worldview impacts how I see life, coach, and help and serve others. My basic philosophy of life is to treat others as I want to be treated. We are called to love one another.

I've spent the last 25 plus years reviewing the scientific and mathematical evidence for Jesus and His fulfillment of Old Testament prophecies. I have also reviewed atheist claims and how they came up with their conclusions.

Let me state the obvious before we get started. As you know, I've been a Christian for most of my adult life. I love Christ and do my best to follow Him each day. Invariably, I fall short in my walk with Christ each day but will follow Him until I leave this earth.

Like you, I've always been fascinated with parts of science, medicine, technology, math (probability and investing specifically), history, astronomy, quantum physics, and complex evidence-based research models. I have no idea why I am fascinated with all these areas, but I love them as you do. I enjoy very detailed research that helps unlock the tough mysteries of life.

The probabilities below are taken from Stoner in Science Speaks to show that coincidence is ruled out by the science of probability about fulfilling eight prophecies that Jesus fulfilled.

"We find that the chance that any man might have lived down to the present time and fulfilled all eight prophecies would be 1 in the 17th power. That would be 100,000,000,000,000,000 (17 zeros after this equation). Stoner illustrates the likelihood of fulfilling prophecies further with a silver dollar example.

Stoner's example of mathematical probability is like literally taking tons of silver dollars and laying them on the face of Texas.

The silver dollars in this example cover the state of Texas two feet deep based on the probability outlined above.

To further illustrate this exercise in probability, you then blindfold a man and tell him he can travel as far and wide  as he wants, but he must pick up just one silver dollar that you identify as the "right one." What chance would this man have of getting the right one? It was about the same opportunity the prophets had of writing these eight prophesies and having them all come true with one man. They all came true through Christ.

Stoner did not stop his analysis with the probability of eight prophesies being fulfilled by one man. He then looked into the possibility of one man fulfilling 48 prophecies. The odds are astronomical that one person could fulfill 48 prophecies. However, if you take the time to research each prophecy and its fulfillment by Jesus, you'll see that He is who He said he was.

The chance of one man fulfilling all 48 prophecies is 1 in the 137th power. If we had one cubic inch of electrons and counted them day and night, it would take 19,000,000 years to finish this project. Such is the chance that anyone could fulfill 48 prophecies. Jesus fulfilled all 48 and more.

Historical Evidence Is Not Blind Faith (neither is a probability, for that matter)

When it comes to historical accuracy, historian Phillip Schaff states:

"The purpose of a historian is not to construct a history from preconceived notions and adjust it to his liking but to reproduce it from the best evidence and to let it speak for itself." (Shaff, HCC, 175).

Do you believe Lincoln lived and was president of the United States? Most people say yes when answering this question.

However, no one has personally seen and observed Lincoln in our present time. One knows only by testimony—physical, verbal, and written. The probability is very high that Lincoln lived and was murdered based on historical artifacts and testimony.

The historical probability is overwhelming for Christ's resurrection when studying the historical details and eyewitness accounts. The key phrase here is taking the time."

Most critics don't take the time to look under the evidence-based hood. The historical accounts of over 500 people seeing the resurrected Christ, let along with the eyewitness of James and then all of the apostles, should make even the most skeptical person stop and question their paradigms.

There is a whole lot more on the history side to validate the claims of Christ when you look even further beneath the history hood. Take the time to look for yourself.

Alex Huxley, a famous atheist, had this to say in relevant part as follows: "…for me, the philosophy of meaninglessness was essentially an instrument of liberation, sexual, and political". Huxley had motives for his atheism (to his credit, he freely admits this). His motives blinded him to the kind of rigorous research outlined above.

Bertrand Russell is an example of another famous atheist who did not carefully examine Christianity. In the essay "Why I am not a Christian by Russell," it is apparent that he did not seriously consider the evidence of the resurrection of Jesus. His remarks cast doubt about whether he even glanced at the New Testament.

I have extreme difficulty following the logic of men who did not analyze the resurrection in great detail since it is the foundation of Christianity. I also have a concern when discipline and rigor are not applied by outspoken atheists who have not reviewed every Old Testament prophecy to see if the Prophecies came to pass or not in the life of Jesus Christ.

Both Huxley and Russell destroyed many people's beliefs (and continue to do so today based on their work) based on their agenda, self-motives, and lack of looking closely under the hood of their worldview. They failed to see the shortcomings in their intellectual and research inconsistencies. Jesus is Lord. He is the way. Based on evidence and faith, I believe this with my mind, heart, and soul.

Again, please look into "the question" yourself. Don't rely on people like Huxley and Russell for your eternal destiny.

Scientists Now Theorize That There Are Unobservable Dimensions

Scientists from Princeton, Yale, Stanford and other leading Universities theorize that there is likely an infinite number of invisible universes. If scientists believe this is the case, why would anyone feel self-conscious about believing in the unobservable dimensions of heaven and hell as outlined in the Bible 2000 years ago?

When The Fog And Smoke Finally Clears

Ultimately statistics, probability, science, and proposition fail to fully communicate the importance of a topic like eternal destiny no matter how many times the information is presented in a post like this or even as a part of a peer-reviewed scientific process.

Many people ignore all the evidence and benefits about the probability of a good diet and exercise plan, too, until disaster strikes.

It's not real to them because they can't see the small daily habits that impact health. The habits seem invisible, but they are still there.

When people are on their deathbed, in a fox hole during a war, or suffering a major life crisis, the picture of eternity usually becomes much more straightforward than all science and math combined. The fog clears. There is a reason the phrase "there are no agnostics or atheists in fox holes" exists.

Naturalism does not save people in the end. Intellectual and academic pride does not save them either. Nor does evolution theory or secular humanism.

Who are you going to believe? Huxley and Russell or Jesus Christ?

“In everything, do to others as you would have them do to you;
for this is the law and the prophets (Mt 7:12).” 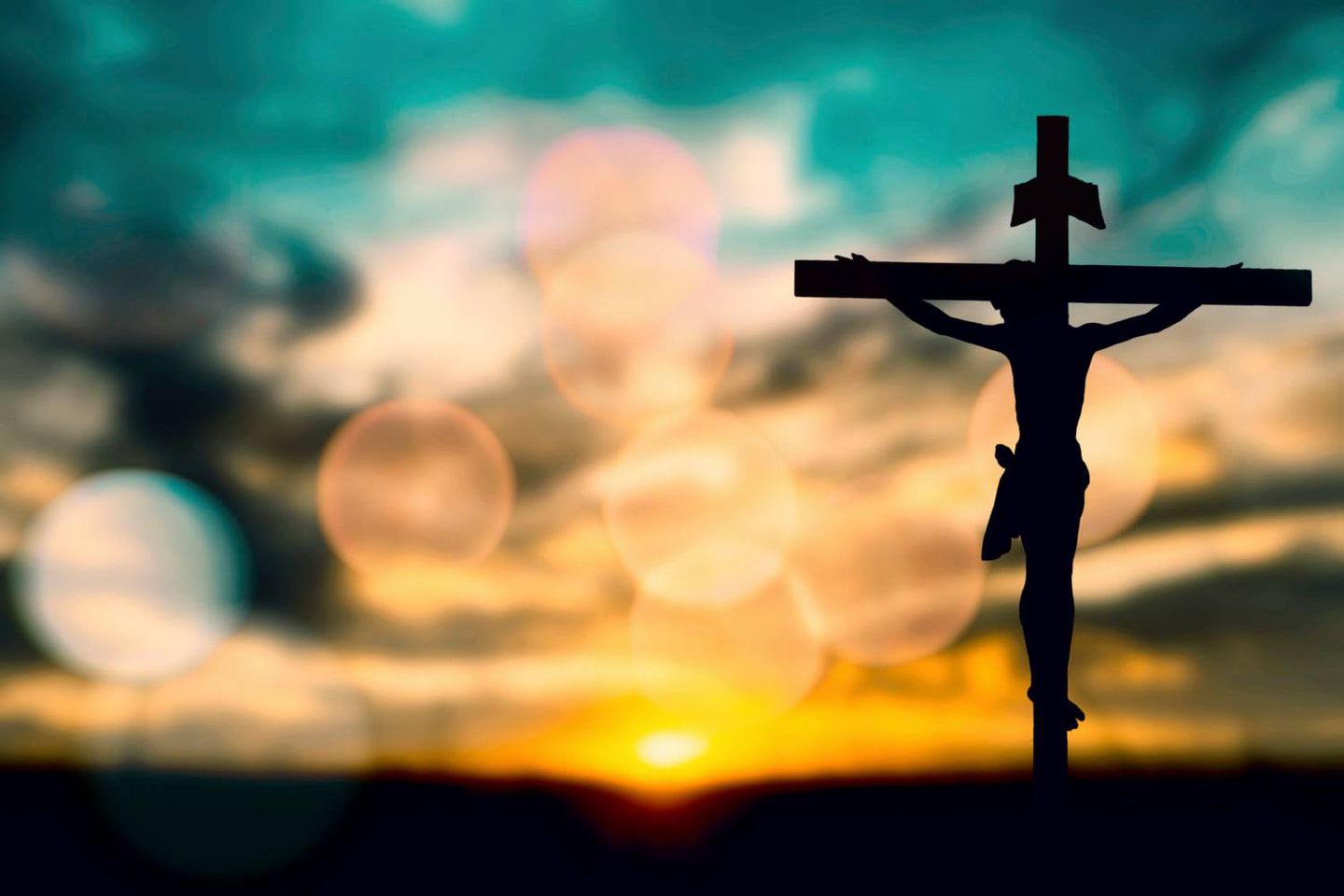