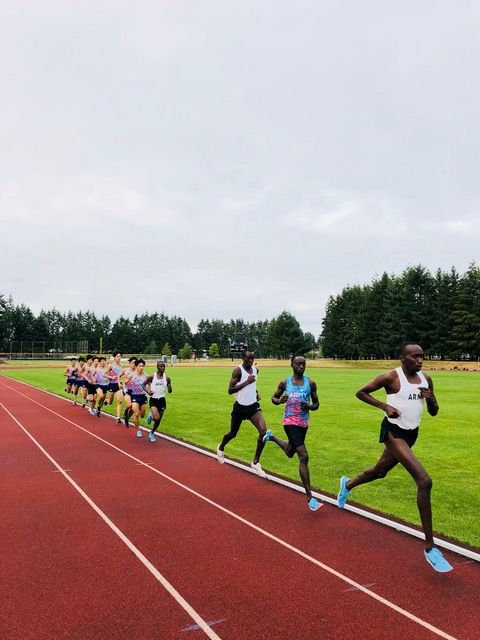 Runners from the American Distance Project racing a 10k at the Saint Martin's University track in Lacey, Washington

Part of the American Distance Project team ran a great race on August 11, 2018, at Saint Martin’s University in Lacey, Washington. For our national and world blog readers, Lacey, Washington is where coachweber.org is based.

The American Distance project is a group of professional runners led by coach Scott Simmons. Coach Simmons is one of the best distance coaches in the world and helps runners from the U.S. and other countries. He is the coach of many world-class runners and Olympians.

Coach Simmons brought a contingent of national and world-class runners to help a South Korean runner break their national record of 28:33 at Saint Martin's track. The race started at 8:00 am. The top runner from South Korea did not break his national record but the winning time in the race was 28:57.88 and a personal best for Evans Kirwa (US Army).

The top runner from South Korea, JongSub Shin (KOR), ran a PB of 29:07.23 at the race. Many other runners ran personal bests in the race as well.

Today's winning time is likely the fastest 10k ever run on Thurston County soil. Coach Simmons is doing a great job with his athletes, as demonstrated by all the personal bests at the race last Saturday.

It was fun to serve as the lap counter for the record attempt and to take the unofficial splits with one of my former athletes at the race.

Coach Simmons and his crew were amazingly organized and grateful for the help of our local crew.  He is doing one outstanding job with his professional running team.

You can learn more about the American Distance Project at: https://www.americandistanceproject.com/.

The top ten finishers from the race are listed below. 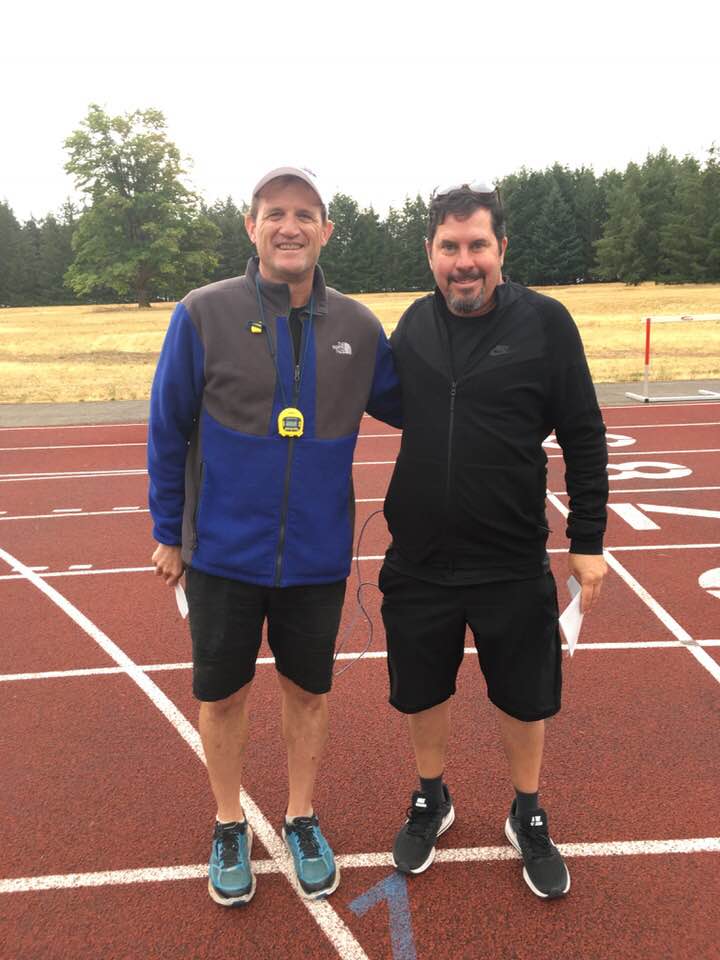 The author with Coach Scott Simmons of the American Distance Project