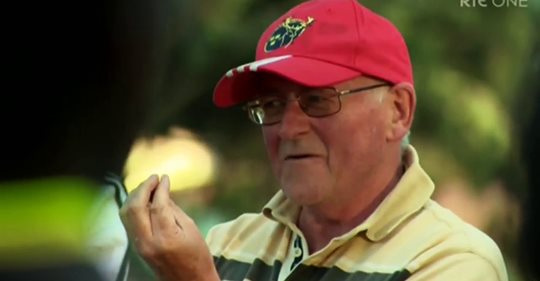 Photo: From the Man on the Mission Video by Eamonn Coughlan

He is arguably the greatest Mid and Long-distance coach in the world. This humble man has coached 25 world mid and long-distance champions. He directed the training of four Olympic Gold Medal winners including David Rudisha who won gold in the 800 meters and also set a  world record that still stands.

Brother O’Connell was a teacher, coach, and superintendent (Headmaster is the old term for Superintendent) at the greatest high school running program in the world, St. Patrick’s in Iten, Kenya. Brother 0’Connell is known as the “Godfather of Kenyan running”. He now just coaches track and field athletes in his senior years.

Brother O’Connell successfully integrated a world-class running culture into a  private school Academic and Faith-based school environment. He has also set up over 120 running camps for youth and adults. I’ve studied just about everything Brother O’Connell has written about his coaching and school life. He is an amazing man who continues to inspire and influence others in Kenya and throughout the world.

Someday I hope to travel to Iten to meet this man. There is a great documentary about Brother O’Connell’s life at the link below.

I would suggest watching this amazing man in action with his students and athletes. The video is about 50 minutes long. Here is Brother Colm O’Connell’s story: https://www.youtube.com/watch?v=Y_q-2TFWnWo